Greetings. I’m political economist, blogger and muckraker Blair Fix. I blog at Economics from the Top Down. This site is where I’ll host future books (written by me) published in the Creative Commons.

For now, please enjoy the ebook version of Capital as Power, written by Jonathan Nitzan and Shimshon Bichler. It’s a seminal book in political economy that should be read widely. Click the cover (below) to read the new ebook (typeset by yours truly).

Capital as Power: A Study of Order and Creorder 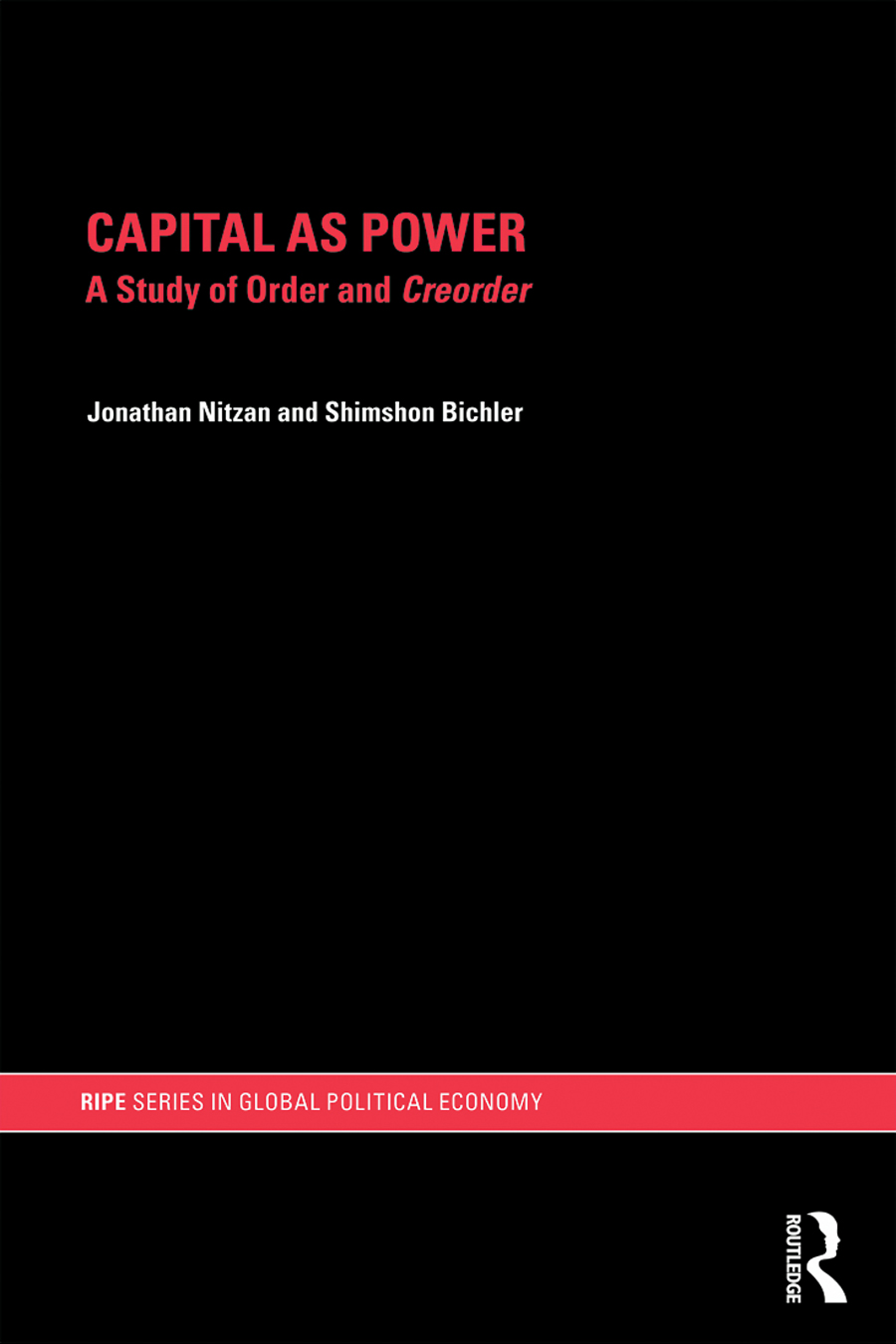 Conventional theories of capitalism are mired in a deep crisis: after centuries of debate, they are still unable to tell us what capital is. Liberals and Marxists both think of capital as an ‘economic’ entity that they count in universal units of ‘utils’ or ‘abstract labour’, respectively. But these units are totally fictitious. Nobody has ever been able to observe or measure them, and for a good reason: they don’t exist. Since liberalism and Marxism depend on these non-existing units, their theories hang in suspension. They cannot explain the process that matters most – the accumulation of capital.

This book offers a radical alternative. According to the authors, capital is not a narrow economic entity, but a symbolic quantification of power. It has little to do with utility or abstract labour, and it extends far beyond machines and production lines. Capital, the authors claim, represents the organized power of dominant capital groups to reshape – or creorder – their society.

Written in simple language, accessible to lay readers and experts alike, the book develops a novel political economy. It takes the reader through the history, assumptions and limitations of mainstream economics and its associated theories of politics. It examines the evolution of Marxist thinking on accumulation and the state. And it articulates an innovative theory of ‘capital as power’ and a new history of the ‘capitalist mode of power’.